Ochoco Brewing was Prineville’s original craft brewery. They underwent a name change and rebrand in 2015 from Solstice Brewing to Ochoco Brewing.

In 2015 Prineville's original modern craft brewery, Solstice Brewing, found itself moving locations and in need of a new name. Along with that came an opportunity for a full rebrand to reflect the needs of a growing restaurant and brewery.

They decided to use Ochoco Brewing, not only as a reference to the Ochoco Mountains but as a throwback to the first brewery in Central Oregon - Ochoco Brewery which first opened in 1882. However since Solstice Brewing had become fairly established in Prineville since opening in 2012 we decided a reference to the original logo was desired. The offset concentric rings in the new logo reference cut timber but were also taken directly from the original Solstice logo.

Along with the logo, a website and restaurant collateral were created, maintaining a contemporary look for the brewery but with a nod to the Ochoco Mountains and the timber industry on which Prineville was built.

Sadly, Ochoco Brewing fell victim to the COVID-19 pandemic and closed it's doors permanently in 2020. 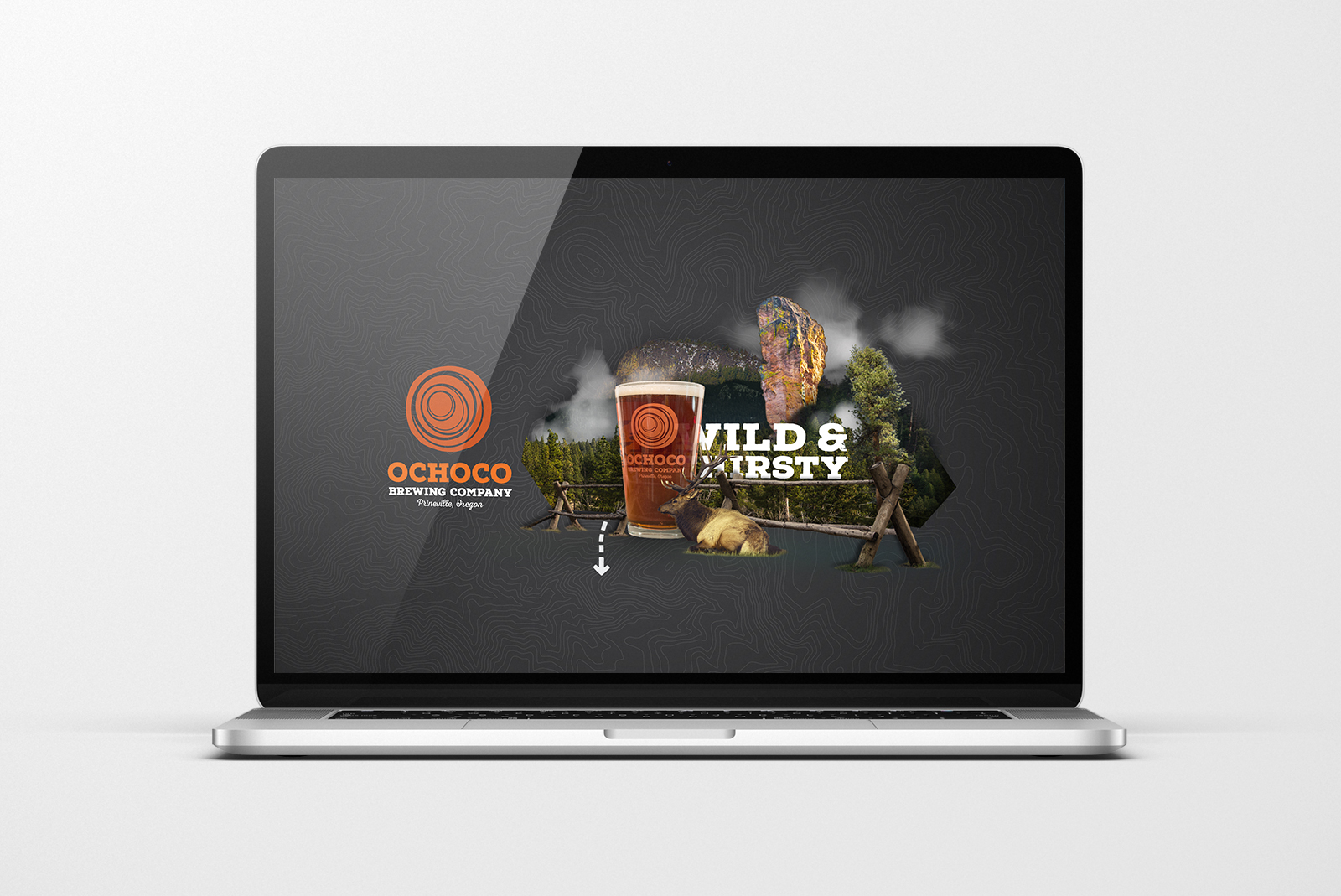 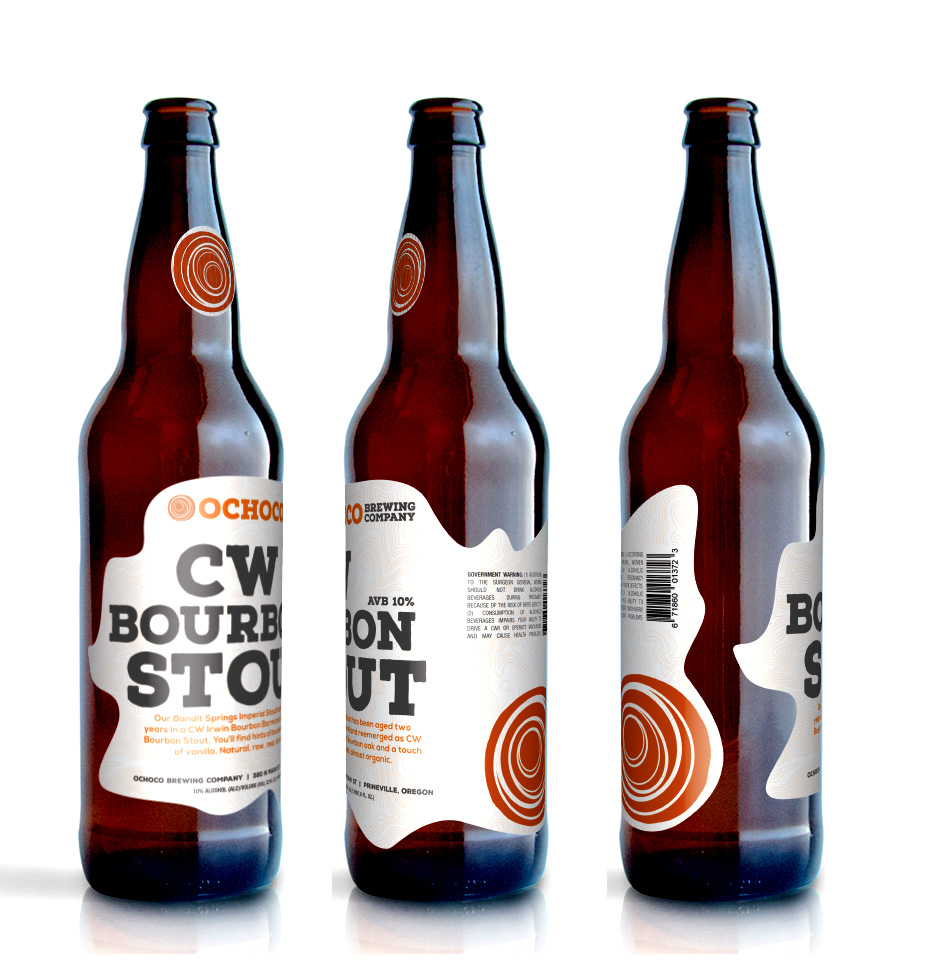 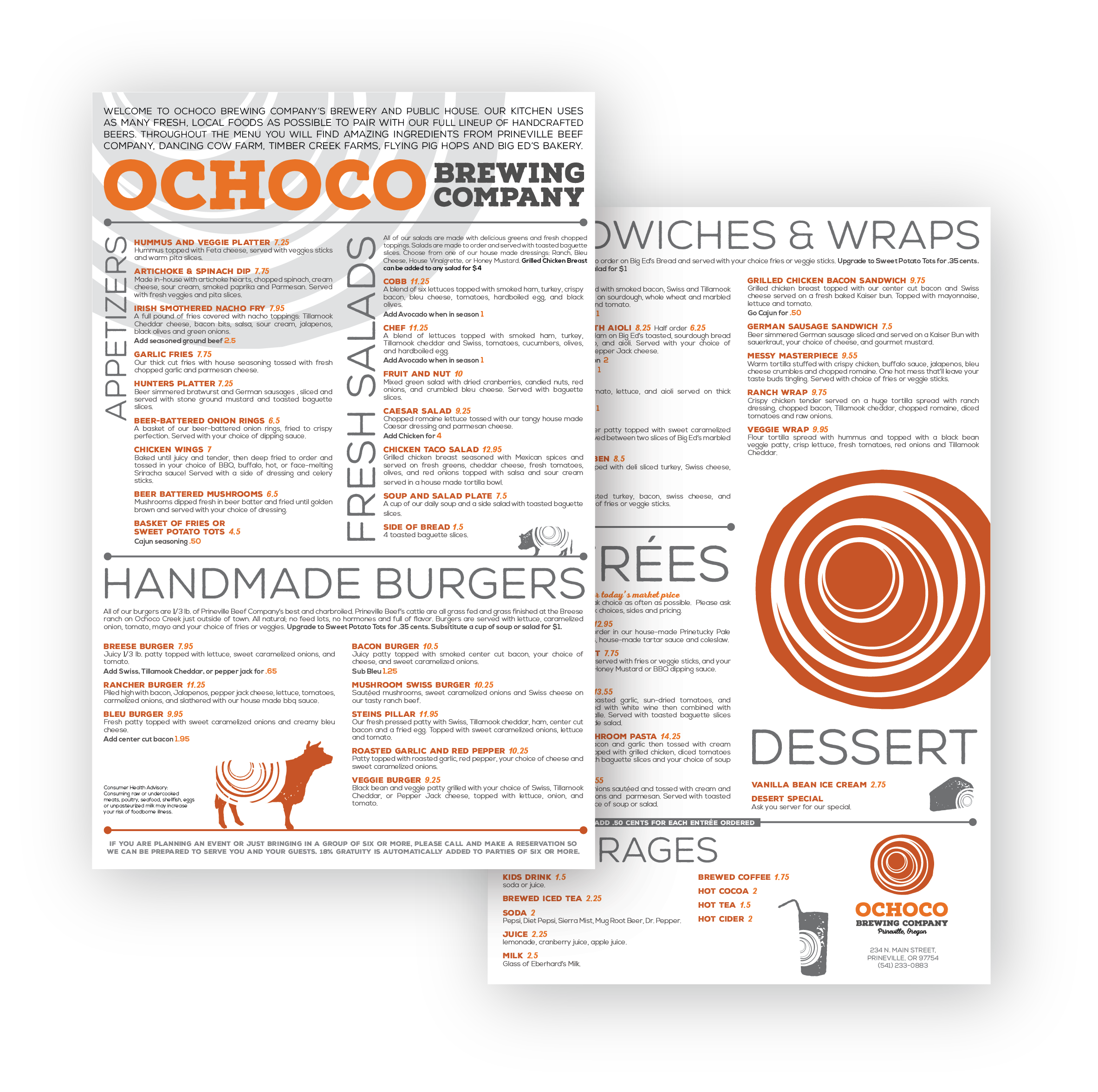 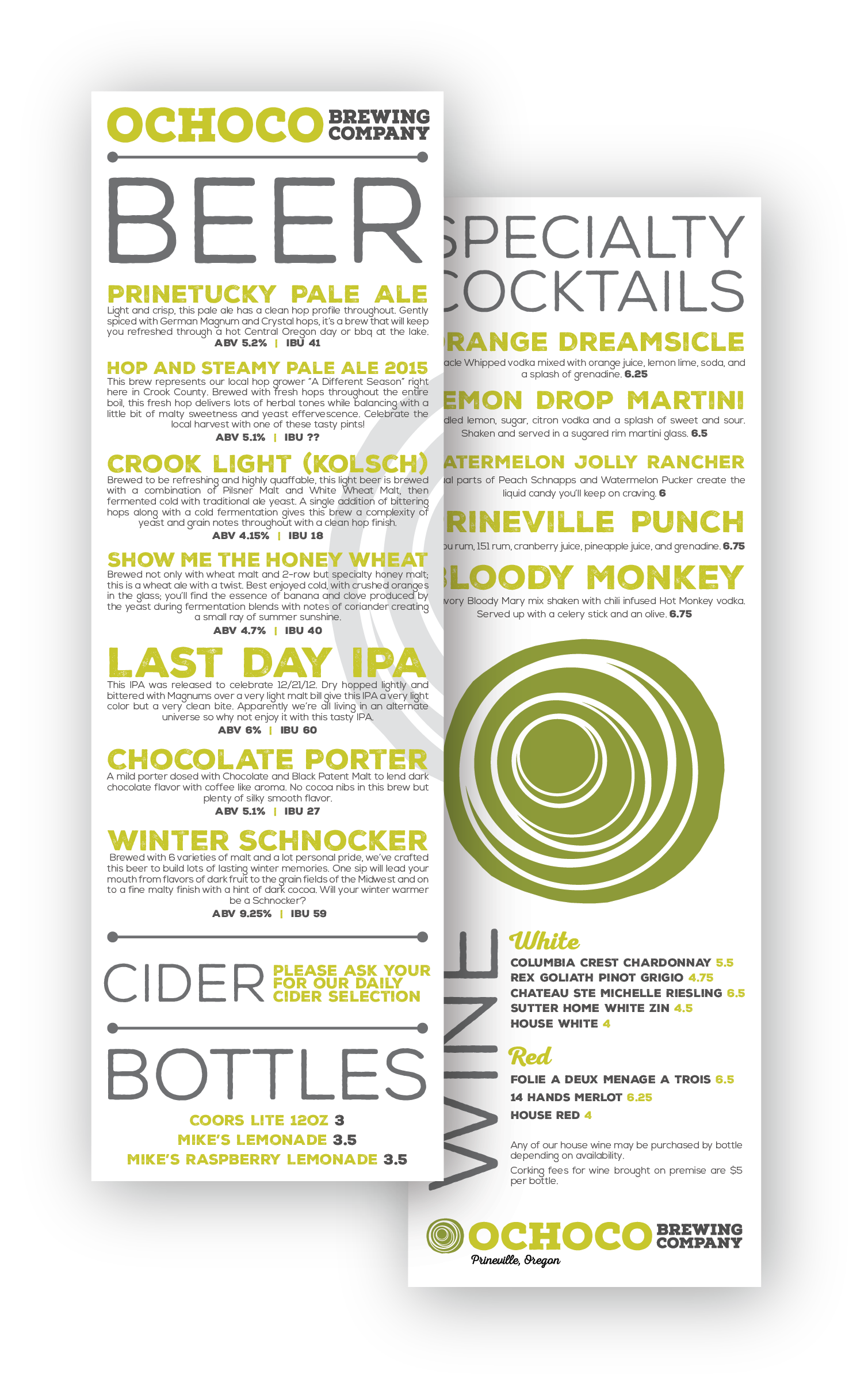 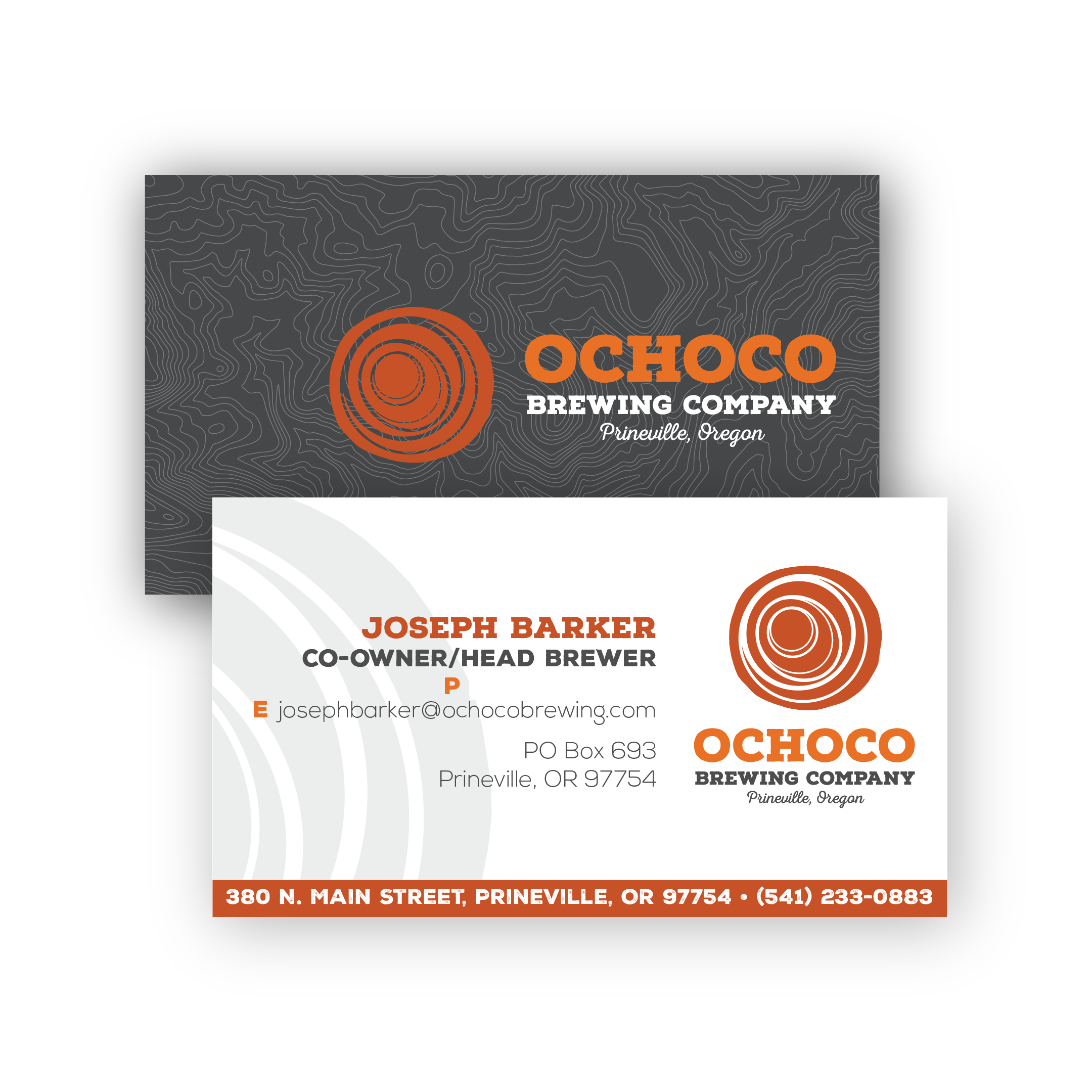 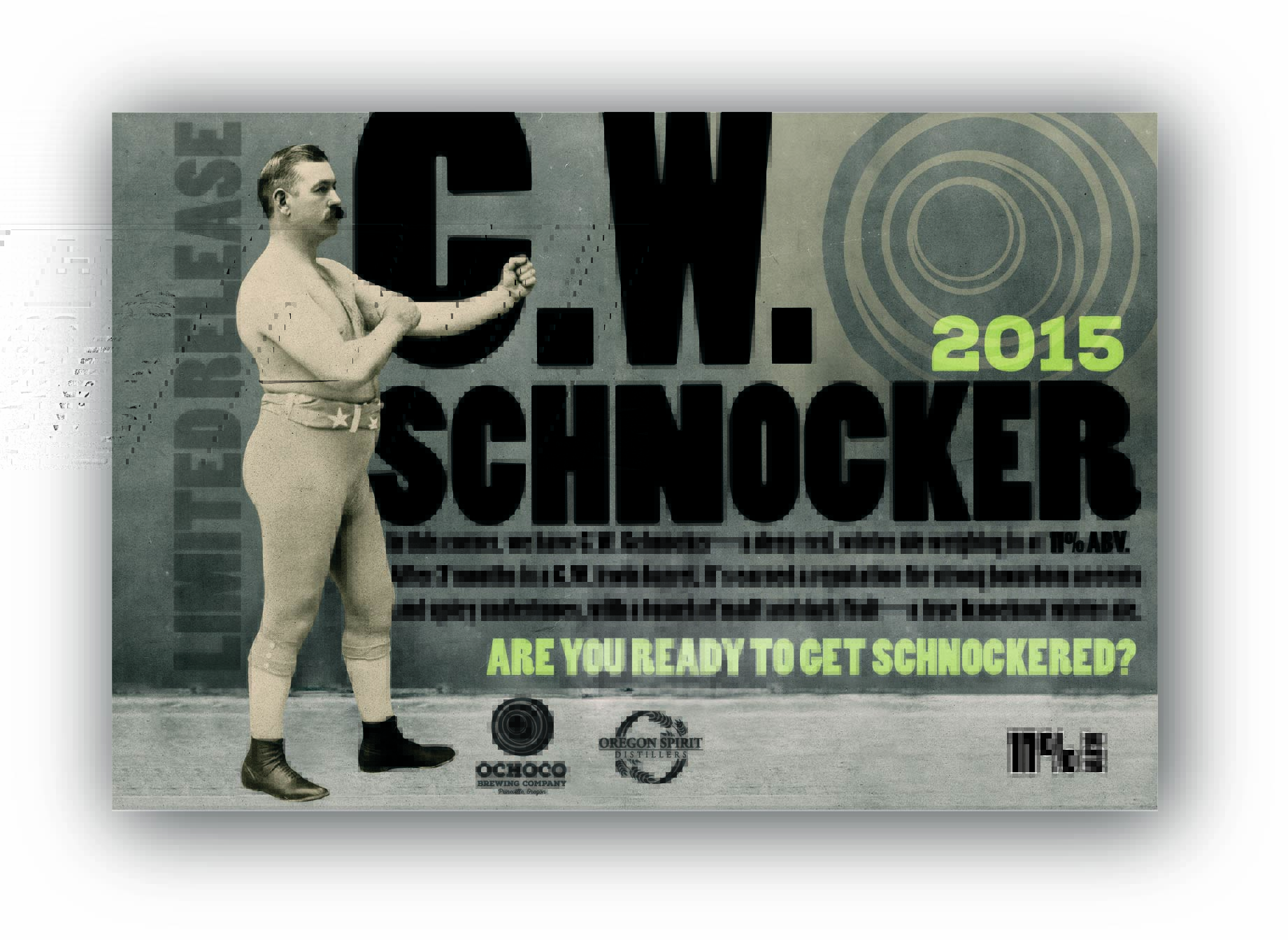 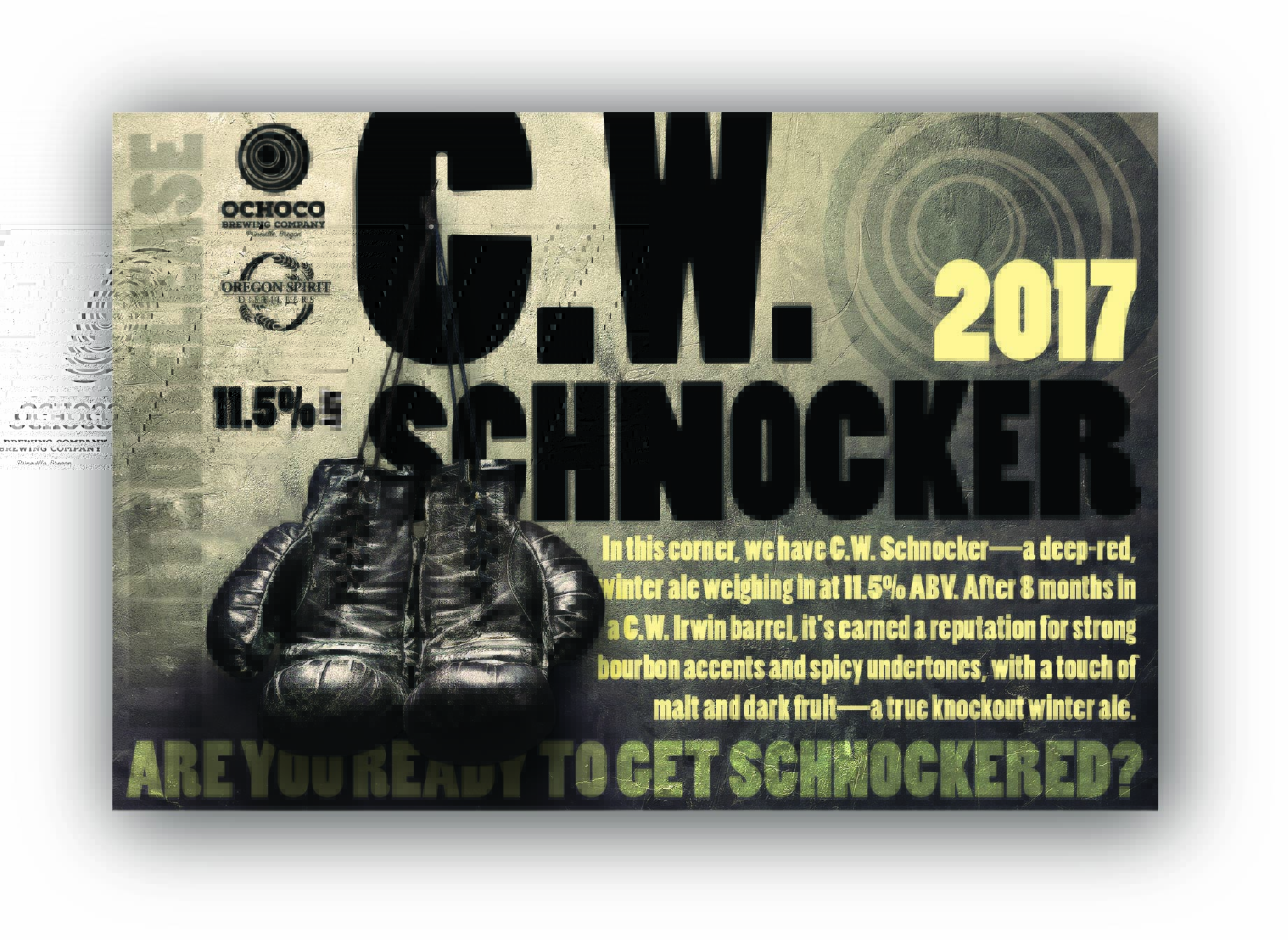